“…a scientist must …be absolutely like a child. If he sees a thing, he must say that he sees it, whether it was what he thought he was going to see or not. See first, think later, then test. But always see first, otherwise you will only see what you are expecting. Most scientists forget that.”
Douglas Adams
So Long and Thanks for All the Fish

No discussion of homeopathy is complete without the story of its founder, Dr. Samuel Hahnemann (1755–1843). 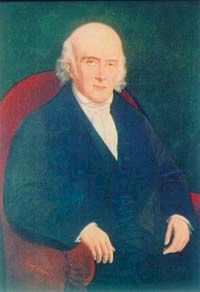 Hahnemann graduated from medical school in 1779, started his practice, and soon became disillusioned with the prevailing beliefs and practices of his time. Hahnemann was taught, as were all doctors of his time, that disease

was due to an overabundance of one of the body’s fluids or “liquors” and that treatment consisted of draining these excesses. The most accessible “liquor” was blood and it was drained profusely. There were many variations in technique, but the goal was always the same—drain as much blood as possible. Doctors advocated drawing blood until no more came from the vein. Children were supposed to be bled until four-fifths of their blood was drained.

Other “liquors” were drained through a variety of purging methods including large doses of laxatives and emetics. All sorts of poisons, such as arsenic and mercury, were also used. Mercury, for example, was thought to effectively treat syphilis and was administered until the patient experienced copious salivation (which we recognize now as a symptom of severe mercury poisoning). From our perspective, any compassionate physician should have rebelled against such outrageous treatment of patients, but Hahnemann’s colleagues followed what they were taught, not knowing any better. They did their job to the best of their ability and with the best methods known at the time.

Is it so different now? Many contemporary doctors give children antibiotics for any minor cold, a practice that eventually destroys the immune system. These doctors, too, think this is the best way to treat disease. They are honest, hardworking people who practice medicine as they were taught. You might be inclined to defend contemporary practices by pointing out that antibiotics do work and quickly. But bloodletting also often helped in the short run. Over time of course, frequent bloodletting and poisoning made people chronically ill, as antibiotics do when used without moderation.

Hahnemann had a sharp and probing intelligence, and he refused to trust anyone or anything simply at face value. His writings indicate that, unlike his colleagues, Hahnemann was not blinded by unquestioning faith in his professors. He rebelled against prevailing practices and openly criticized those who followed them. His writings were so full of contempt for his contemporaries, that he was soon regarded as the embodiment of the devil himself.

Lacking trustworthy alternatives he could offer his patients, Hahnemann simply quit medicine altogether. He worked as a chemist, and to provide additional income for his growing family, he translated books. It was through this secondary occupation that Hahnemann eventually stumbled upon homeopathy. He translated a book written by a popular doctor of the time (Cullen’s Materia Medica) that discussed the use of cinchona bark (quinine) in the treatment of malaria. The author suggested that the bitterness of the substance produced the curative effect. This didn’t satisfy Hahnemann’s skeptical mind. He added a critical commentary to the translation, stating that he could easily list several substances even more bitter in taste that did nothing to help a patient with malaria.

Apparently not satisfied with mere criticism, Hahnemann experimented on himself by taking a large dose 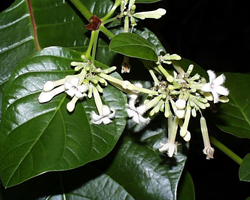 of cinchona. He developed a fever, sweats, body pains and other symptoms similar to those of malaria. These symptoms lasted some time before he recovered.

Hahnemann formulated a hypothesis: cinchona appears to cure malaria because it produces malaria-like symptoms in healthy people. He proceeded to test other substances, taking them himself, giving them to his hapless family and anyone else brave enough to visit his house, and carefully recorded the symptoms produced. If malpractice suits were common then, Hahnemann might never have developed homeopathy.

Hahnemann started seeing patients again. He administered substances that produced in healthy people the same symptoms for which the patient sought treatment. These patients improved enough to remove any doubt about the validity of his hypothesis. 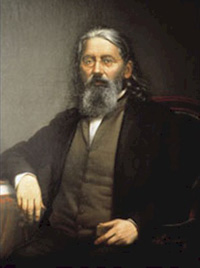 The Latin phrase Similia similibus curentur defines the one and only principle of homeopathy: “Let likes be cured by likes.” This is all homeopathy is. A homeopathic physician’s goal is to find a substance that produces in a healthy person the same symptoms the patient suffers from. He or she gives the patient that substance and watches the “magic.” And what magic it is!

Homeopathy was brought to the United States by the students of Hahnemann in mid-18th century. It became an immediate success and by the end of the century there were thousands of practicing homeopaths in this country. The New School enjoyed its popularity until the beginning of 20th century. This is when the modern drug companies started coming out with new drugs which were quite effective and easily administered. It became easier to prescribe aspirin than to take a comprehensive case to find a good homeopathic remedy. Most homeopaths took the easy route, and the science of homeopathy declined to the point of virtual non-existence.

A handful of faithful practitioners kept homeopathy going until it was again recognized for its virtues in the 1970s. Homeopathy is now enjoying a strong comeback. There are presently several colleges in this country training quality homeopathic practitioners. There are also a number of homeopathic clinics sprouting up all over the world. I must say, it’s a great time to be a homeopath!

The booklet Demystifying Homeopathy: A Concise Guide To Homeopathic Medicine provides information about homeopathy relevant for a non-homeopath, whether a lay person or a healthcare professional.

Complementary Medicines and Treatments Part One: Homeopathy
Documentary by Johnathan Woodward, 2008
featuring Dr. Mirman and other homeopathic practitioners
This video is the first of a three part series with the goal of providing information about various complementary medicines and treatments.
Part 1
Part 2